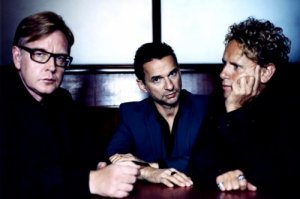 Depeche Mode have cancelled a second concert this time in Istanbul, Turkey just 4 days before their planned gig in Bulgaria.

The band issued a statement announcing that it was a "severe bout of gastroenteritis" that sent lead singer Dave Gahan to hospital . Gahan's illness forced the band to cancel their concert in Athens, Greece on Tuesday. Additionally, the illness will also prevent Depeche Mode from performing on Thursday in Istanbul.

"Dave fell ill with a severe bout of gastroenteritis shortly before he was due onstage in Athens which resulted in his immediate hospitalization," the band said in a statement. "At this stage, Dave's primary concern is to return to full health and resume the tour as soon as possible."

Depeche Mode are currently on tour to promote their new album Sounds of the Universe and are scheduled to perform in Bulgaria's capital Sofia on May 18. The Bulgarian concert organizers "Sofia Music Enterprise" told Darik radio that they were still expecting details about Gahan's condition and cannot yet say if the Sofia gig will have to be canceled.

Three years ago, Depeche Mode performed at the "Locomotive" stadium in Sofia before a crowd of 40 000.

Depeche Mode have sold an estimated 75 million albums worldwide since forming in Basildon, Essex, in 1980.